Thank to everyone who came out in October to do some canal TLC. It was a nice day and didn’t feel so chilly after getting moving. We picked up loads of litter, threw down a good load of mulch around the hedgeline between Bridges 4 and 5 along the Ashton Canal and did some weed/rubbish clearing of the raised beds that charity MERCi built a while back at Bridge 5.

We also laid some landscape fabric over the beds so we’ll have a nice bed to plant up come spring. The fishing went well and there were a few catches of the day.

Lastly, we had a little consultation at the end of the day talking with folks about what they’d like to see included in a comprehensive ACP Wish List. 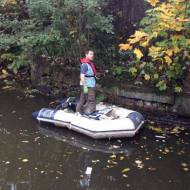 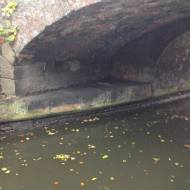